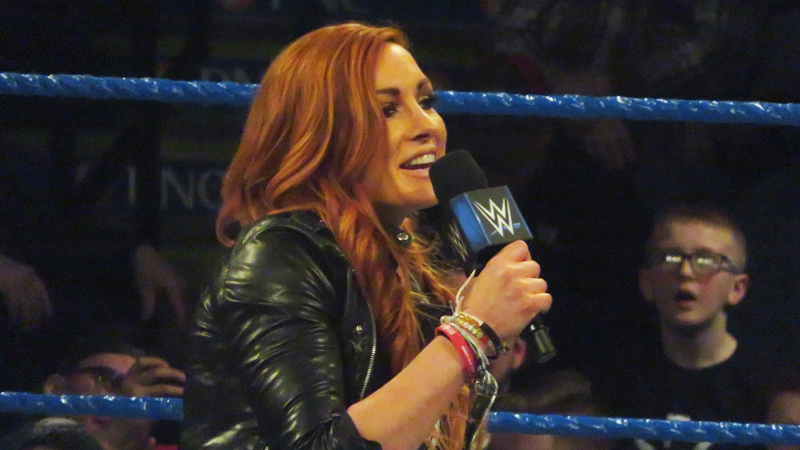 We recently covered some beef that Jim Ross and Seth Rollins had when Rollins called out AEW for being the ‘minor leagues’. Ross took a shot at Rollins by telling him that one day he would be as over as his fiance Becky Lynch.

Becky Lynch is now firing back at Jim Ross for the comments he made by tweeting back to him. Firstly, Becky shows some respect by telling Jim he is an amazing announcer and she has nothing but respect. However, what comes next was vintage Twitter Becky Lynch.

As you can see below, Becky buried the AEW Women’s division by saying that she would ‘whoop the entire women’s division any day of the week’. This did not go unnoticed by the AEW roster as Nyla Rose saw the tweet and replied back to Becky. You can see both tweets below. What do you think of this cross-promotion banter? Let us know in the comments below.

Nothing but respect, JR — you’re an amazing announcer!

So go down to the locker room and announce that I would whoop your whole women’s division any day of the week and twice on Sundays. https://t.co/ZRE39Vo4TU