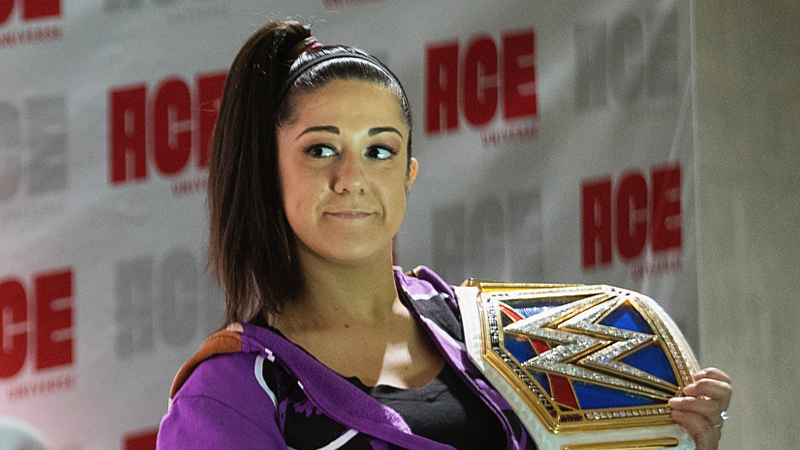 For as long as she’s been in the WWE, Bayley has always been a happy person. That seems to have changed now, as she debuted a brand new look at WWE Friday Night SmackDown. Coming out in newly colored gear, Bearly shocked the audience by destroying her inflated friends that normally accompany her intro.

After debuting the new look, Bayley then shocked the crowd at WWE Friday Night SmackDown even more by taking down Charlotte Flair in a rematch for the WWE SmackDown Women’s Championship. In the match, Bayley was clearly the aggressor, constantly taking the battle to Flair and walking away with a huge win and the belt that she lost at WWE Hell in a Cell.

"Screw ALL OF YOU!" 🎤⤵️@itsBayleyWWE isn't your girl anymore, @WWEUniverse. #SmackDown #AndNew pic.twitter.com/grDRwIOOg1

After the match, Bayley had some not so kind words for the crowd, before walking out of the ring with her belt.