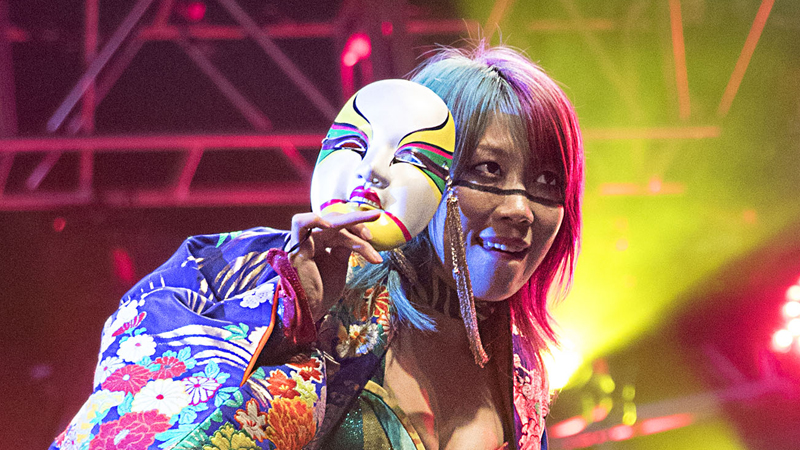 ON WWE Monday Night RAW this week, WWE Women’s Tag Team Champion Kairi Sane had a chance to make a name for herself; she faced WWE RAW Women’s Champion Becky Lynch. Sane pinned Lynch thanks to Asuka’s green mist a few weeks ago and hoped to follow it up with a win by herself on Monday. After a hard-fought match, Lynch made Sane tap to the Disarm-Her.

.@RealPaigeWWE just got the GREEN MIST from @WWEAsuka! It looks as though a clear message was sent by the #KabukiWarriors on #RAW! @KairiSaneWWE pic.twitter.com/pvvKw0IYrG

Before the match, Paige returned to WWE TV and realigned herself with the Kabuki Warriors before Asuka spit the green mist in her face. Lynch came to the ring to save Paige from further punishment. The Man cleared the ring of the Kabuki Warriors and brawled with them at ringside. The duo ganged up on Lynch, who still fought them off.

When the match finally began, Lynch controlled it early on. Sane gained momentum with some stiff strikes. Lynch planted Sane with a bulldog but Sane sent her tumbling off the top rope. The Man grounded Sane and targeted her arm. Sane escaped the Disarm-Her and regained control of the match. Sane slapped Lynch, who rallied with a clothesline and a strike. A Bexploder got Lynch a two count. Sane hit a modified facebuster for a near fall. Sane kicked out of Lynch’s diving leg drop and nearly pinned Lynch after a spinning backfist. Lynch locked in the Disarm-Her and Sane tapped out.