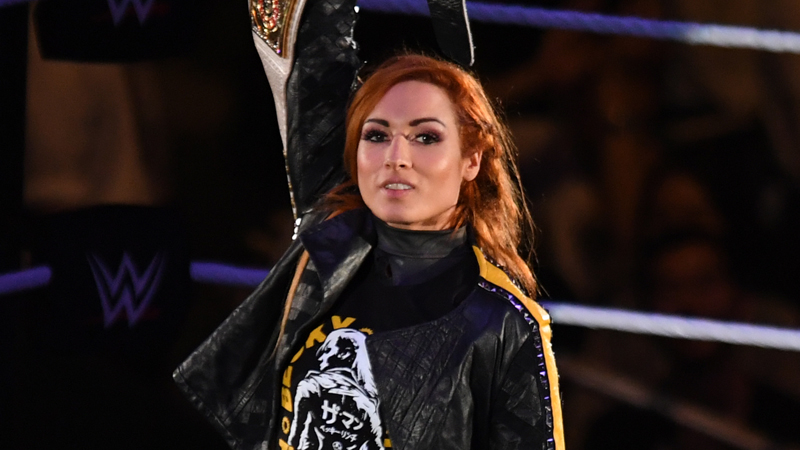 Before the match, tensions rose between Flair and Lynch on Miz TV, which ended with both women raising their belts over their heads. The Kabuki Warriors came to the ring and brawled with Lynch and Flair before a referee separated the duos. Lynch and Asuka began the match. Lynch slapped Asuka but the WWE Women’s Tag Team Champions ganged up on the Man. Lynch hit Sane with a dropkick and tagged Flair, who took control with some chops to Asuka. Flair took down both her opponents with a moonsault off the top rope. Flair slammed Sane after catching her in mid-air. Lynch tagged in and dropped Asuka with a Bexploder. The Man hit Sane with a diving leg drop. Lynch put Sane in the Disarm-Her but the referee was distracted by Flair. With the referee’s back turned, Asuka spit green mist in Lynch’s face and Sane rolled up the Man. Alexa Bliss and Nikki Cross attacked Sane and Asuka after the match.