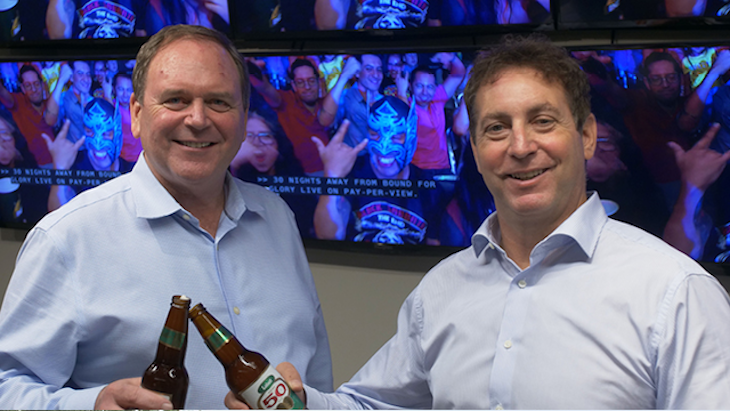 IMPACT Wrestling is set to make their AXS TV debut this week, although it isn’t with a new episode. Instead, they’ll be airing their Homecoming pay-per-view event in full. This will be followed by other pay-per-views on subsequent weeks (Rebellion and Slammiversary) until IMPACT Wrestling fully moves to the station on Oct. 29 after Bound for Glory and its post-show on Oct. 22.

Ahead of the event, Anthem CEO Len Asper wrote an open toast to the company. “Today, we raise our glasses to a truly historic occasion, as IMPACT Wrestling makes its AXS TV debut with a special broadcast of our 2019 Homecoming event,” wrote Asper.

“So, here’s to the professional wrestlers who make IMPACT so special with every event; here’s to the media who has continued to support our efforts throughout the years; and, most importantly, here’s to you, the fans, whose incredible dedication has helped us achieve this monumental milestone with IMPACT Wrestling’s inaugural AXS TV broadcast tonight.

“This is only the beginning. We’re committed to bringing you the absolute best in top-tier talent, blockbuster drama, and hard-hitting matchups that you’ve come to expect from IMPACT Wrestling. Scott D’Amore and Don Callis are with the creative team as we speak, working on the next exciting episodes, while Ed Nordholm and I are here in Toronto working to expand our business operations. I promise you, the best is yet to come!

“On behalf of the executive team — Cheers!”

RELATED: IMPACT Adds The Call Your Shot Gauntlet To Bound For Glory