It’s the one-year Anniversary of AEW Dynamite on TNT, and we’re celebrating the event with a undeniable episode that comprises the final most modern Dynamite Champions (no lower than on the time of recording)! Ladies’s Champion Hikaru Shida talks Nyla Rose, how she got began in wrestling, and what she’s learning from Harry Potter! TNT Champion Brodie Lee remembers his AEW debut as The Exalted One within the entrance of no viewers all thru the early days of the pandemic, and his current moment to this point – pinning Cody Rhodes! Ticket Team Champs FTR own loads to recount about Jurassic Issue, The Butcher and The Blade, label personnel wrestling psychology, and dealing with Tully Blanchard. And pointless to yell, Jon Moxley recalls beating Jericho for the title at Revolution, and then defending it in opposition to the likes of Darby Allin and MJF. And talking of MJF… hmmmm. 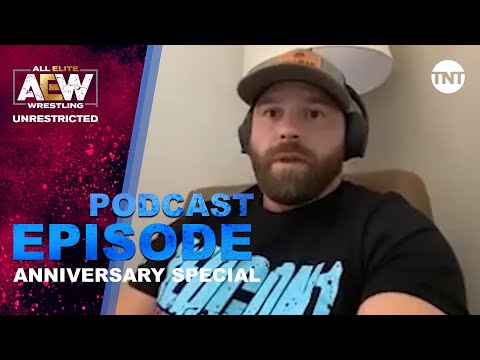