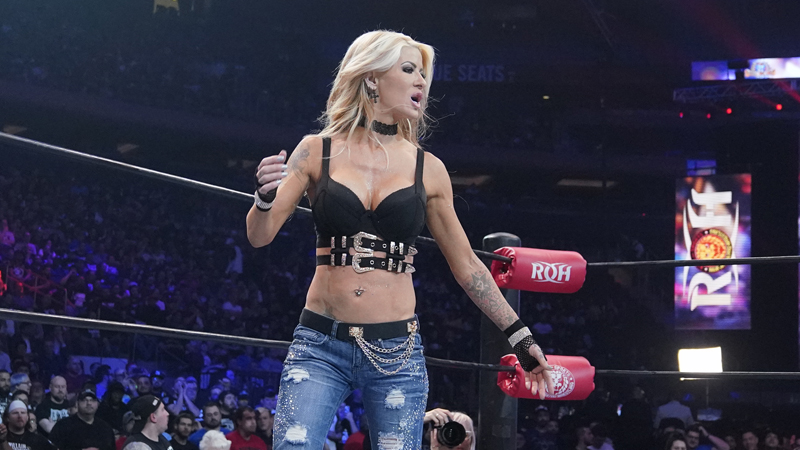 Tonight’s ROH Death Before Dishonor saw a big title change, as Angelina Love came out on top in a match against Kelly Klein to become the newest ROH Women’s Champion. The match ended Kelly Klein’s second reign as ROH Women’s Champion, which lasted 172 days. This is Angelina Love’s first reign as Women Of Honor Champion and her first major title reign since her sixth reign as IMPACT Knockouts Champion in 2014.

The match was extremely back and forth but saw a fairly chaotic ending, including an appearance from Maria Manic. Manic attacked Angelina at the conclusion of the bout, ending the celebration for Love almost as quickly as it began.