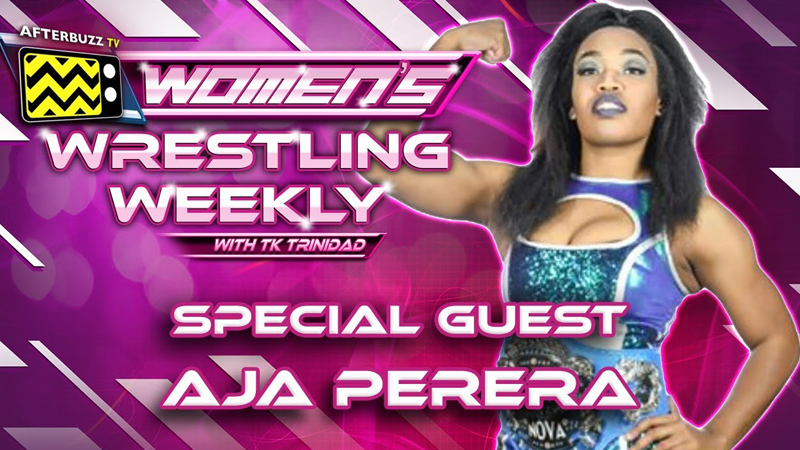 It’s really cool when things like that happen. It’s one of those things where you say, “I’m creating history… but you know it’s a blurb until you actually do it.. “Wow, I’ve really made a change, I made an impact.” And then it was cool enough that I was there with Aerial, me and her are really close, you know we’ve been friends for years, and then the whole situation with SHINE and us being a team and kind of being thrown together and making it work, so and to have that whole thing come full circle and not only it was only me, her and Ashley get those belts and to make history on top of that. It’s really unforgettable…

How her tag team was created:

It’s funny because it was not our idea at all. I had finally debut in SHINE and the Nova tournament happened and then it was the next show the other month. And they were doing a tag tournament and I was kind of booked. I didn’t know how I was booked because I’m a singles wrestler. So when I got there they told me that it was Aerial. And I was like “Praise the lord at least it’s someone that knows what their doing.” because I’m very weary of tag teams.

It’s funny because we get there and “we’re like okay we’re a team, okay.” and we were like, “What gear to you have?” She pulls it out and it’s purple and green. Well look it here! I have my purple and green! And the colors matched perfectly. Thank god! It wasn’t our idea, I can’t even be like oh me and Aerial and I talked about it. We were thrown together and it’s so funny because people thought we had tagged before that because we just clicked and connected. It just happened and it stuck!

Her future goals in pro wrestling:

As a team, I’m hoping we can get into Shimmer and do some damage at Shimmer. I feel like they’ve got some really good teams, but I feel like Triple A is one-of-a-kind, and we’re dynamic, there’s no group of three, completely different black girls, let’s just add that first, there’s no dynamic like that, you know there’s nothing like that, the way we move, the way we walk, the way we talk, there’s no one out there like us and I think we could flip Shimmer inside out if they give us that chance.