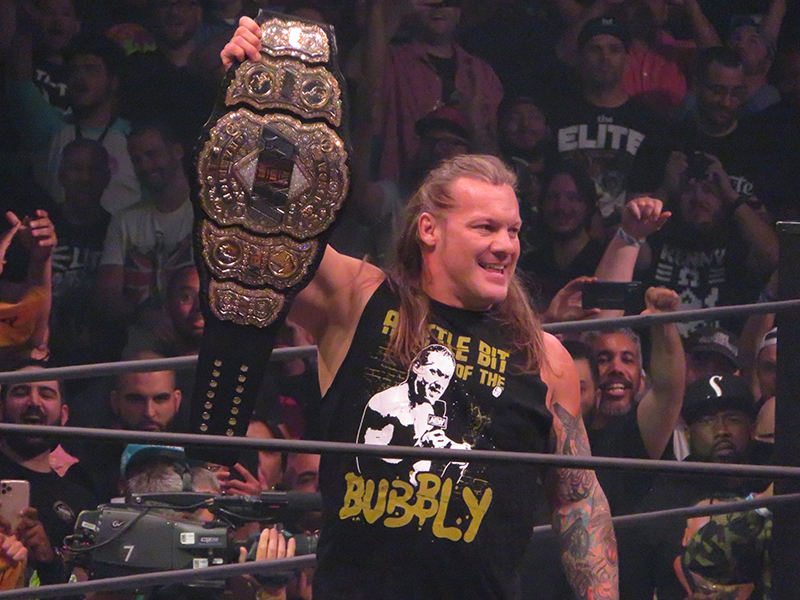 It seems like Chris Jericho can genuinely make anything a success these days. After his ‘bubbly’ shirt success, AEW has now released another limited edition shirt featuring his most recent phrase.

Jericho was shouting “I’ve got a ticket” during his brawl with Cody at AEW in Pittsburgh this past week and it picked up popularity very quickly. As a result AEW has released the following t-shirt for a limited time.

With Halloween this week, WWE artist Rob Schamberger has decided to make his weekly canvas 2 canvas painting with a spooky theme. What better way to showcase that than with ‘The Fiend’?

Check out the process of creating the artwork and look at the finished product below.