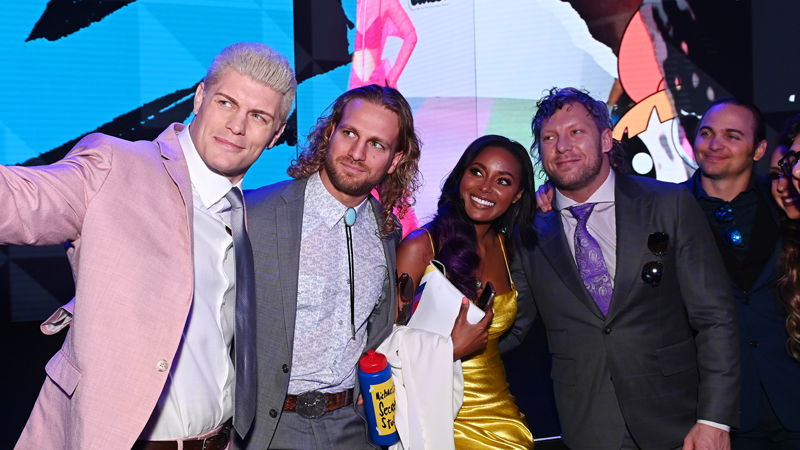 AEW is doubling down on the branding Vince McMahon so generously bestowed on to them. According to United States Patent and Trademark Office, All Elite Wrestling has filed for the trademark of “AEW Blood & Guts” under “Goods & Services” which includes “Entertainment services” and “Live video streaming of video pay-per-view events on the internet; communication services, namely, transmitting streamed sound and audio-visual recordings via the internet.”

In addition to that, the company also filed for the trademark of “Match Beyond” which was also another description for the War Games match during NWA’s Great American Bash tour of 1987.

Cody Rhodes was all about the term “blood and guts” back when Vince McMahon described his potential wrestling rival with such terminology during his second quarter conference call with his shareholders:

“Recently there were some very public comments made about us where we were referred to as ‘bloods and guts’ and it was said with such a braggart candor that you’d think the person saying it felt like they were bulletproof. I wonder if the person tasted their own words before they spit them out because the entirety of our business is built on blood and guts. Every man or woman who ever stepped into the ring regardless of race, color, creed, political affiliation or sexual identity felt blood and guts and passion. Because we don’t care they don’t care. If you say we’re blood and guts I say you bet your ass we’re blood and guts.”

Do you like the name “Blood & Guts” for a potential AEW event? Sound off in the comments section below.