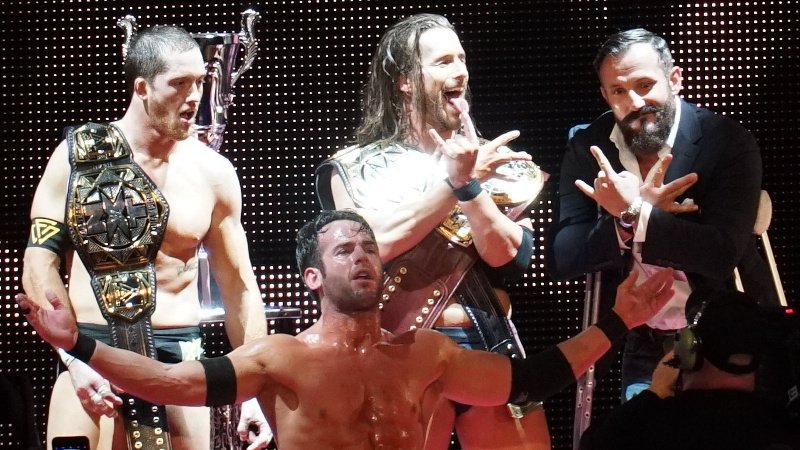 Just a few days after defeating Daniel Bryan on WWE Friday Night SmackDown, NXT Champion Adam Cole defended his championship against Seth Rollins on WWE Monday Night RAW. The match ended with a disqualification due to the Undisputed Era. The show ended with a brawl between RAW and NXT.

WHAT AN ENCOUNTER! @WWERollins challenges @AdamColePro for the @WWENXT Championship in an INCREDIBLE back-and-forth match on #RAW! pic.twitter.com/bUHyOPHxA3

Triple H accompanied Cole to the ring. Cole and Rollins showcased why they’re two of the best wrestlers on the WWE roster. Rollins took control early on but Cole dodged a Curb Stomp. Cole took control and drilled Rollins with a stiff boot to the face. Rollins fired back with stiff kicks of his own but Cole superkicked him in mid-air. The Architect hit two dives to the outside and a springboard knee to the head. Both men were down after a double clothesline. Rollins superplexed Cole and hit a Falcon Arrow for a near fall. The Undisputed Era attacked Rollins and the match ended in a disqualification. The RAW locker room rushed to the ring and they were met by more members of NXT. A wild brawl between NXT and RAW closed the show. Ricochet hit a springboard shooting star press that took down most of the fighters. Keith Lee hit a similar dive of his own.