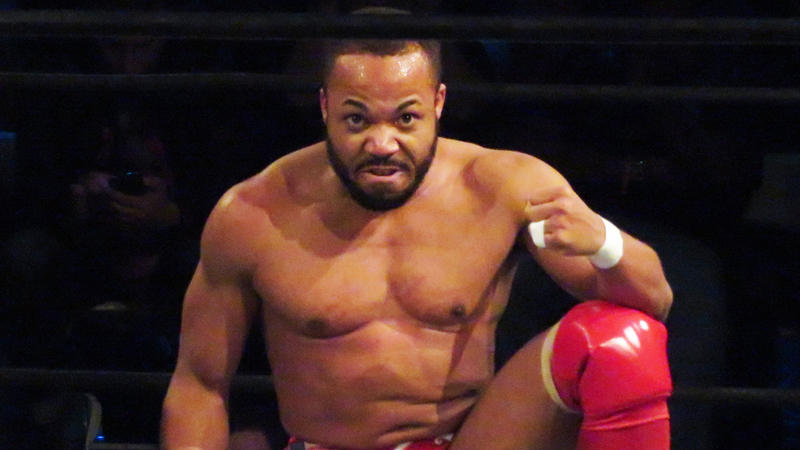 The Final Night Of The 2019 PWG BOLA Tournament went down yesterday evening in Los Angeles and we have a winner after the three-way elimination finals match between David Starr, Jonathan Gresham & Bandido. You can read the full results by PWInsider’s Shannon Walsh below:

PWG results of the third and final night of the “Battle Of Los Angeles 2019” tournament from Los Angeles, California at The Globe Theatre on 9/22/19:

*Dragon Lee pinned Jake Atlas after the Rodilla Dragon in a 2nd Round Match to advance.

*Bandido pinned Brody King with the 21 Plex in a 2nd Round Match to advance.

*Jonathan Gresham defeated A-Kid by submission in a 2nd Round Match.

*Joey Janela pinned Rey Fenix after twisting his mask and then hitting a superkick in a 2nd Round Match to advance.

*Darby Aliin pinned Pentagon Jr. with the Last Supper in a 2nd Round Match. A mini ladder was brought in during the match. Pentagon tried to do a diving stomp as the ladder was on top of Allin but Allin moved out of the way before the finish.

*David Starr pinned PWG Champion Jeff Cobb after first hitting him with the title belt and then a lariat in a 2nd Round Match.

*The Dark Order beat Rey Horus and Aramis when Aramis was pinned.

*Joey Janela vs. Jonathan Gresham in a semifinal match

Gresham won by the Octopus submission. Janela thanked the crowd and said he will be back one day. This was his final PWG show win or lose because of his AEW contract.

*Dragon Lee vs. Bandido in a semifinal match

Bandido got the pin after the 21 Plex and a German Suplex.

*Darby Allin vs. David Starr in a semifinal match

Starr got the pin after a lariat to advance.

Gresham eliminated Starr by submission with the rapid fire elbows to the head.

Bandido pinned Gresham with the 21 Plex to win the match and the tournament.

According to Jordynne Grace’s Twitter, Gresham worked the show sick. She said he had gone to the hospital over the weekend and he has a lymph node infection.

Straight up didn’t want my guy wrestling tonight. He went to the hospital yesterday after waking up with head pain and got diagnosed with a lymph node infection. Then he goes and wrestles three matches tonight.

RELATED: Angelina Love On The Women of Honor Title, A Scary Experience With A Stalker And More